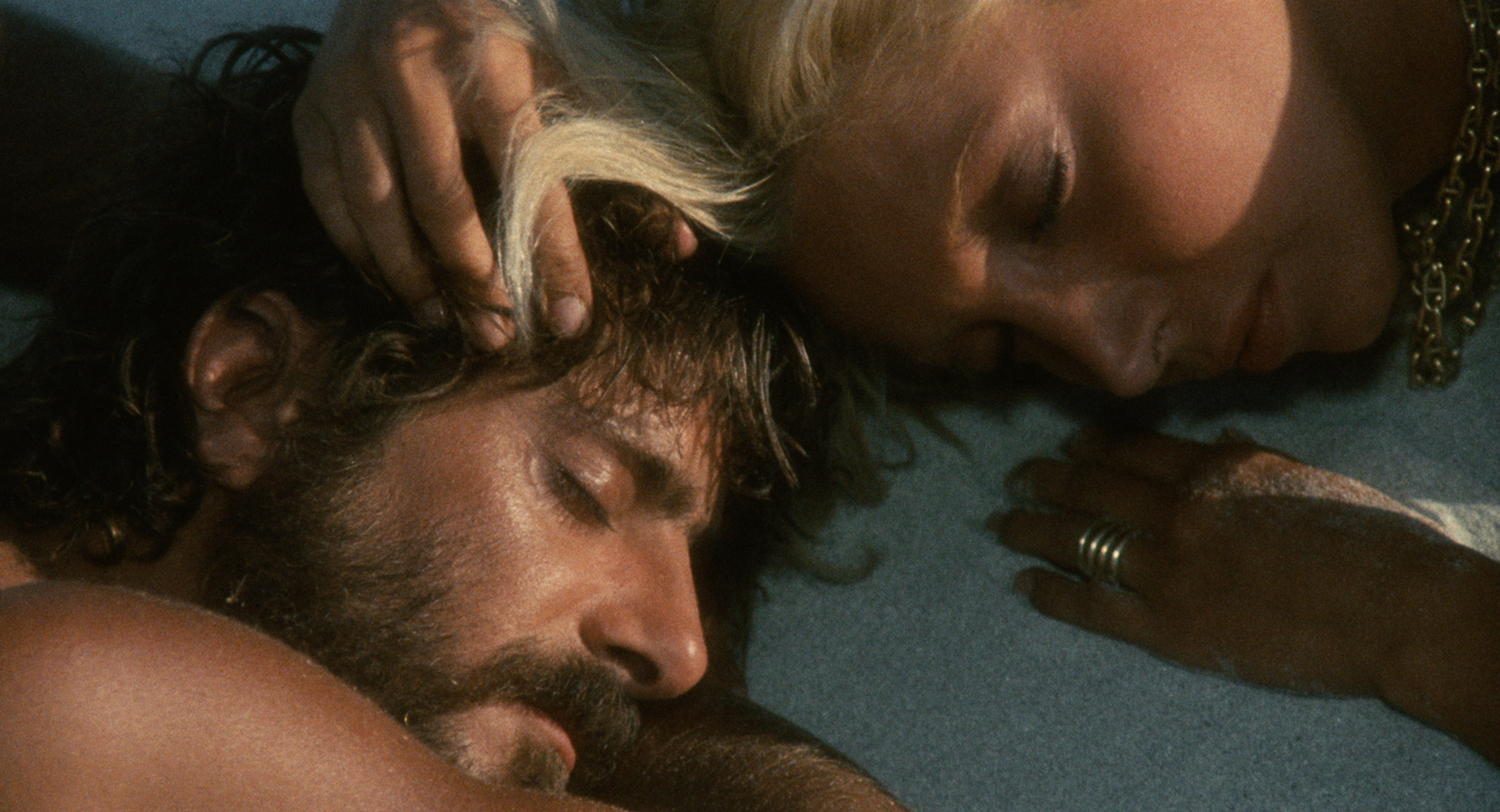 When I was a young woman in the early 1970s, I didn't even know yet that I wanted to make movies. I was a waitress, a poet, and a single mom, navigating my way through lefty politics, feminism, the drug culture, and the sexual revolution the previous generation had left us to process.

Seeing Lina Wertmüller's films for the first time in the 1970s when they were made busted open a whole new world for me. I almost hesitate to say she was a writer/director role model for me, because I wouldn't wish to ever suggest her gender alone was why. Yet growing up a woman, as she did, as I did, most definitely cast a light on the subtlest and not so subtle details of character and story missing from everyone else's work up until her movies arrived in my life.

Swept Away (1974) could not be a better example of what I personally desperately needed at the time I first saw it. Here were a man and a woman so completely self-possessed, both secure in the belief they had created themselves wholly, formed not by the society around them, but by their own intelligence, their own ideas and passions. And Lina throws them into a simple situation – shipwreck – that destroys and transforms all of that and forces the characters to question who they actually really are. Which inevitably leads to love.

Lucky us – we get to go on that journey with these characters. To say this is a love story is far too simple. To say it is about politics, and class warfare, well, you miss the deeper ride. And the political dialogue itself is far more textured and complicated than an American filmmaker would have written. Raffaella (Mariangela Melato) is a wealthy industrialist who despises the left, yet she is a social democrat, a feminist who supports legalizing abortion. Gennarino (Giancarlo Giannini) is a working class communist, but he's also a macho anti-feminist. My American brain jumped through hoops to wrap around all that, and still delights at the complexity of their ideals. It is the only time I have ever seen a movie nail that hypocrisy.

But as much as this masterpiece of the 1970s is about ideas, it is primarily about the way Wertmüller's characters see themselves and the world around them and how changed they are by their experiences. When you face the task of putting your characters through as much as they can stand, and push to put them through even more, you empower them and you empower your audience. This movie deeply empowered me and still does. If it doesn't do that for you, you're not watching it right. There is so much to be said about the gorgeous collaboration of Wertmüller and her muse Giancarlo Giannini. But I would also argue that Mariangela Melato is as much a muse for the writer/director's ’70s films as well. The two actors starred in three of Wertmüller's films back to back from The Seduction of Mimi (1972), Love and Anarchy (1973) and this one in 1974. Cinema loves a triangle, and these three talents formed the perfect one for a collaboration rarely seen since.