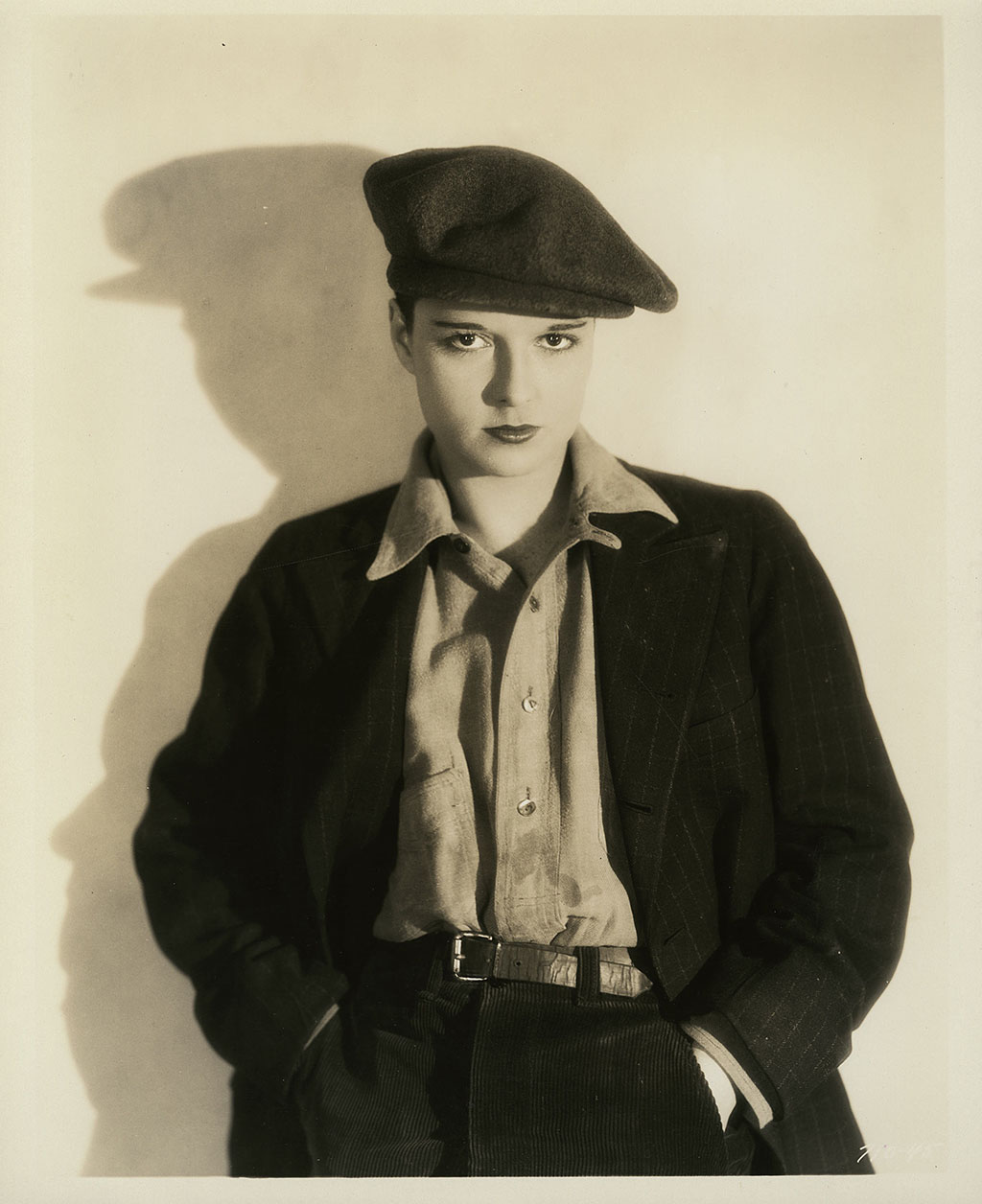 To the degree that hoboing persists in the popular imagination today, it's mostly in a cartooned version: The unshaven crank with a colorful nickname and a bindle and a secondhand top hat with the lid popped off. What this leaves out is only an entire ethos—the American railroad system was built up by vulture capitalism at its worst; the rail-rider, making free use of this amenity while paying nothing into the system, is effectively indulging in a form of civil disobedience.

To go tramping was to reject the cult of hearth, home, mother and the Protestant work ethic wholesale, to forsake the inducements of participation in a mercantile tradition to instead "loaf and invite [the] soul," to cite the alternative American tradition laid out by Walt Whitman. It was perceived as a looming threat to propriety, as evident in the fact that "lonely housewife menaced by tramp" is practically an entire genre of early cinema. Hoboing, put briefly, was very out there, very punk rock.

If there was ever a Whitman to sing full-throated of the tramping life, it was Jim Tully—though his delivery was more of a terse staccato, a relation of the "hard-boiled" style being developed around the same time by better-known names like Hemingway and Hammett. Before he entered literary celebrity in the 1920s Tully had survived a degree of deprivation known to few men of letters—born in St. Marys, Ohio, in 1886, his father was an analphabetic Irish ditch-digger, and after his mother's death when he was aged five, Tully was given to the keeping of a Catholic orphanage in Cincinnati, where he discovered the joys of literature by way of Charles Dickens. He spent his adolescence and teenage years on the road, always reading as he tramped from town to town, then worked as a chain-maker and professional featherweight pugilist, small in stature but with an enormous appetite for punishment. In that capacity he made his way to California and, once there, landed a gig as press agent for Charles Chaplin, who had also known the bite of poverty, and who encouraged Tully to pursue his literary ambitions. The 1922 novel Emmett Lawler was Tully's first success, followed by several more fiction works, a cascade of magazine profiles of Hollywood's rich and famous, and multiple volumes of autobiography, the first of which appeared in 1924, and would be (very loosely) adapted into the film that you hold in your hands, William Wellman's Beggars of Life.

This was Tully's first crossover to the cinema screen, though not the last—his 1932 novel Laughter in Hell would, the year after its publication, be made into a tough, nasty film of the same title by Edward L. Cahn. As for Beggars, it had already been adapted as a Broadway play by Maxwell Anderson, 1925's Outside Looking In, underwritten by no less a personage than Eugene O'Neill and noteworthy as providing, in the role of "Little Red," the dramatic stage debut of Jimmy Cagney. The screen adaptation by Benjamin Glazer follows Anderson's lead in creating a dramatic spine for Tully's essentially anecdotal ramble of a book. Inasmuch as Tully's alter-ego is anywhere to be found in the film, it's in the personage of Richard Arlen's boyishly handsome hobo, introduced pressing his nose against the screen door of a farmhouse, glorying in the odor of a plate of steak and eggs sitting on the table before a figure who remains curiously unresponsive to the wanderer's entreaties for a bite. It transpires that the master of the house is silent because he has just been killed by his charge, an adopted orphan girl played by Louise Brooks, duded up in men's clothes for her escape, who recounts years of having endured his brutal petting to the Arlen character. Hearing her sorry story, he agrees to take her as far as an eastbound train before seeing, in a beautifully-filmed sequence, her ineptitude at train-hopping, which inspires him to begrudgingly take her under his wing.

Tully's Beggars of Life isn't entirely absent of women, but they are carnival performers, housewives, and whores— not a one ready, able, or willing to enter the brutal, masculine world of the hobo "jungle" encampments. The nearest equivalent of the Brooks character in Tully's book appears in an extended flashback: Edna, a denizen of the "Rabbit Town" red-light district in St. Marys who shot dead her father and brother, both of whom had freely taken advantage of her, and one of whom had gone and got her pregnant. Even in the Pre-Code days the most daring of studios wasn't going to vet this sort of thing, and here as elsewhere Tully's no-punches-pulled tour of the grimy lower depths has been somewhat sanitized, though the film retains several of his individual bits of business: cops beset by hobos and fastened to a convenient tree with their own handcuffs, the parodic kangaroo court organized by the ‘bos, and the use of a haystack as a shelter, though in the film it becomes the scene of a romantic idyll in which the Arlen and Brooks characters dream of a middle-class existence in faraway Alberta—their rejection of society, we see, isn't voluntary, but imposed.

In contrast to this there is the unreconciled personage of "Oklahoma Red," a legendary tramp who our ostensible heroes fall in with while on the lam—I say "ostensible" because from the moment that Wallace Beery's Red makes his entry into the jungle, roaring drunk with a stolen keg slung over his shoulder and bellowing "Don't You Hear Them Bells?", the movie belongs entirely to him. (A part-sound version of the film was made in which the song can be heard, but today only the silent remains.) Brooks, writing many years later of the shoot in her Lulu in Hollywood, felt that Beery ran roughshod over Glazer's conception of the material— to the film's benefit: "Only Wallace Beery's entrance into the film, as Oklahoma Red, an older tramp, saved it from the consequences of Glazer's cultured supervision. Neither God nor the Devil could have influenced Beery's least gesture before the camera. Having been a tramp briefly as a boy, he developed his character with authority and variety. His Oklahoma Red is a little masterpiece."

Beery was a specialist in buccaneers and bruisers—Long John Silver in Victor Fleming's Treasure Island (1934), or variations on the figure of a legendary downtown brawler in Raoul Walsh's The Bowery (1933) and Wellman's Chinatown Nights (1929)— and his Oklahoma Red has a bit of both about him, doing everything with piratical panache, as when he appears driving a stolen Ford with his feet propped up on the dashboard. He first plays the villain of the piece, trying to wrest Brooks away from Arlen for his own use once her sex has been revealed, then, stirred by the obvious ardor between the young couple he's attempting to break up, becomes something like a hero, engineering their escape, but is larger than life throughout. The character as he appears in Tully's book is allowed no such final redemption, killed after a drunken misstep when trying to catch a train and introduced in a nasty donnybrook which has a heavy element of racial animus—something that runs through Tully's Beggars, and which the author neither explicitly condones nor condemns, but presents instead as a fact of life on the road, while the film addresses race through the presence of Edgar "Blue" Washington, playing a black ‘bo, ministering to an ailing white confrère.

If, as Brooks has it, Glazer was trying to apply a civilizing influence to Tully's material, the other great destabilizing factor alongside Beery was Wellman, a son of bourgeois Brookline who had spat the silver spoon out of his mouth when he enlisted to fly with the French before American entry in World War I. Wellman's flying experience earned him the sobriquet "Wild Bill" and, eventually, a crack at making WWI dogfighting drama Wings (1927), the first Academy Award® winner for Best Picture, also starring Arlen, and his entry into the big leagues. As Wellman makes no mention of Beggars of Life in his rambunctious autobiography, A Short Time for Insanity, we must cede the account of the shoot in the Jacumba Mountains near the California-Mexico border to Brooks, who remembers Wellman arriving on location with a cast of "twenty riotous hoboes selected… from among the outcasts who financed leisurely drunks by working as extras in films," and thereafter demanding death-defying stuntwork from his crew.

Brooks, then very soon to decamp to Europe and G.W. Pabst, retrospectively shows little patience for self-styled American he-men like Tully and Wellman, and her distaste for her director's "quiet sadism" extends to her attempting— not very successfully, as it happens—to deflate his combat record. It is worth noting here, however, that Beggars is the most artistically successful surviving picture that Brooks made on U.S. soil, the only one that approaches making use of her androgynous appeal. And while Wellman was good in the air, he was mighty good on train tracks, too—a fact affirmed by Other Men's Women (1931), set in the milieu of railyard workers and co-starring the former "Little Red," Cagney, and Wild Boys of the Road (1933), a brisk, bittersweet, and nearly perfect movie about Depression-era teen tramps.

If not quite up to the level of those films, Beggars nevertheless offers the inducements of Beery and Brooks, the ruddy, breakneck vigor of action sequences including a boxcar battle royale, and a handful of images which lend real romance to the hoboing life: the field of haystacks under a crescent moon, or the lights of a lonesome train rolling by in the distant background of the jungle built on-location in Carrizo Gorge. While the script demands yearning for domestic docility from Arlen and Brooks, in such moments the movie seems to ask—really, what more could anyone ask than a slug of White Mule, a plate of mulligan stew, and the open road?

Nick Pinkerton is a Cincinnati-born, New York-based American critic; his writing on all manner of moving image-based art appears regularly in Film Comment, Artforum, Sight & Sound, Frieze, Reverse Shot, and sundry other publications, and his areas of expertise are legion.