JAZZ ON A SUMMER’S DAY 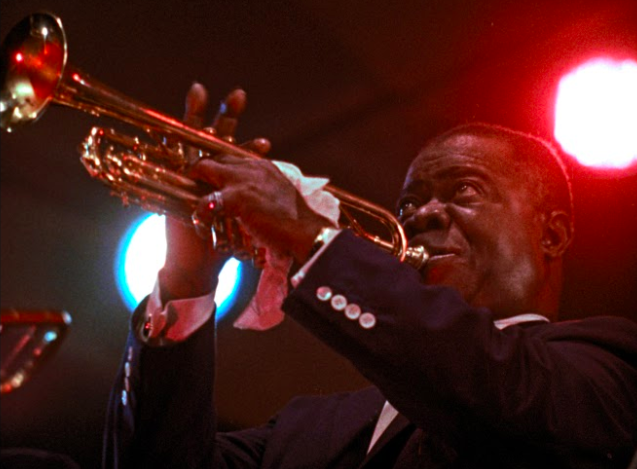 “As generous a dish of top jazz music as any cat could take in one gulp.”
-- The New York Times

New York – October 15, 2019. Kino Lorber announces that it has acquired U.S. and all international distribution rights for Bert Stern's JAZZ ON A SUMMER'S DAY, in collaboration with long time partner Adopt Films. The 1959 classic is considered one of the most extraordinary and possibly the first concert film ever made. Its sparkling new 4K restoration by IndieCollect, with color correction by Oskar Miarka, recently premiered at the 57th New York Film Festival with sold out shows. The film was named to the National Film Registry in 1999, and its restoration was funded by the National Film Preservation Board of the Library of Congress in time to celebrate the film's 60th Anniversary.

Filmed at the 1958 Newport Jazz Festival in Rhode Island and directed by world-renowned photographer, Bert Stern. JAZZ ON A SUMMER'S DAY features intimate performances by an all-star line-up of musical legends including Louis Armstrong, Thelonius Monk, Gerry Mulligan, Anita O'Day, Chuck Berry, Dinah Washington, and closes with a beautiful rendition or The Lord's Prayer by Mahalia Jackson at midnight to usher in Sunday morning.

Richard Lorber, President and CEO of Kino Lober says, “We were thrilled when Jazz On A Summer's Day was brought to our attention by our friend Tim Grady whose Adopt Films label we've been handling for many years. With his participation we were able to bring this masterwork into our Kino Lorber camp for a much deserved national theatrical repertory release. Due to the exemplary 4K restoration undertaken by Sandra Schulberg's IndieCollect, the film is incandescent on screen and sounds better than ever –a fitting tribute to the iconic artists performing in their prime, and captured by the discerning photographic eye of the masterful Bert Stern. With the active participation at screening events by Shannah Laumeister Stern, Trustee of the Bert Stern Trust and his widow, we expect to generate even more excitement for screening events across the country."

The film will be rolled out in theaters in early 2020, followed by VOD and home video release.

About Kino Lorber
With a library of over 2,800 titles, Kino Lorber Inc. has been a leader in independent art house distribution for 35 years, releasing 30 films per year theatrically under its Kino Lorber, Kino Repertory, and Alive Mind Cinema banners, garnering seven Academy Award® nominations in nine years, including documentary nominees Fire at Sea (2017) and Of Fathers & Sons (2019). In addition, the company brings over 350 titles yearly to the home entertainment and educational markets through physical and digital media releases. With an expanding family of distributed labels, Kino Lorber handles releases in ancillary media for Zeitgeist Films, Carlotta USA, Adopt Films, Raro Video, and others, placing physical titles through all wholesale, retail, and direct to consumer channels, as well as direct digital distribution through over 40 OTT services including all major TVOD and SVOD platforms.

About Adopt Films
Founded in 2012 by Tim Grady, Adopt built a library of distinguished foreign produced independent films. No longer involved in theatrical distribution, Adopt now distributes its library through Kino Lorber. Grady was instrumental in developing the relationship with The Bert Stern Trust which brought JAZZ ON A SUMMER'S DAY to Kino Lorber.

About IndieCollect
Founded as the Laboratory for Icon & Idiom, Inc. in 1985, the non-profit organization has been doing business as IndieCollect since 2008. Its mission is to rescue, restore and reactivate important indie films so they remain discoverable and watchable today and in the future. With its Kinetta Archival Scanner and in-house team of colorists, IndieCollect has created acclaimed 4K digital restorations of about 40 titles, including Cane River, In The Soup, Jazz on a Summer's Day, Kaddish, Lineage, Nationtime, Seeing Red, Thank You and Goodnight, The Atomic Cafe, The Believer, The War at Home, Thousand Pieces of Gold, and George Romero's long-unseen film, The Amusement Park. The organization also tracks down lost elements, helps archives to diversify their collections, facilitates the re-release of films so their makers can derive revenues therefrom, and does legacy planning. IndieCollect has been supported by Just Film / Ford Foundation, Weissman Family Foundation, Donald A. Pels Charitable Trust, Ira M. Resnick Foundation, Filmhaus Foundation, and major donors Lyda Kuth, Gerald Herman, Sybil Robson Orr, Jane Fonda, Catherine Wyler, and Beverly Grossman. DELL, NVIDIA and Blackmagic Design provide in-kind corporate support for the restorations.

About The Bert Stern Trust
The Bert Stern Trust is the home of the substantial Photographic Archives of Bert Stern, a legend among world famous photographers. Stern's career spanned the decades from the mid 1950's to the early 2000's. Following Stern's death in June 2013, the Trust assumed responsibilities for the maintenance of his massive body of work and promotion of his legacy. His archives contain collections of his extremely creative, groundbreaking work in the field of advertising and countless iconic photographs of celebrities, including Marilyn Monroe (over 2500 photographs published as The Last Sitting), Elizabeth Taylor and Richard Burton (published at the time of the movie Cleopatra), Sue Lyon (published at the time of the movie Lolita), and many of the musicians seen in JAZZ ON A SUMMER'S DAY. Stern was the subject of the film Bert Stern Original Mad Man, written, produced and directed by Shannah Laumeister Stern who became Stern's wife in 2009. The film was screened at the Telluride Film Festival in 2011 and won the award for Best Documentary at the Minneapolis St. Paul International Film Festival in 2012.

Ms. Laumeister Stern is assisted in her role of Trustee of the Trust by Ed Halper, Co-Trustee of the Trust and Stern's long time accountant. The exhibition, licensing and sale of Stern's work is conducted by Bert Stern Productions, originally formed by Stern, now run by Laumeister Stern as CEO, assisted by John Stout, Director of Business Affairs.